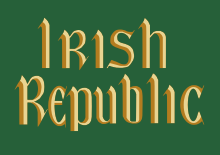 *This article was originally published by Anti Imperialist Action Ireland in September 2017.
As we approach October 1st, all eyes are on Catalonia and the attempts by Spanish and EU imperialism to suppress the forthcoming referendum on Catalonian Independence.
Irish Socialist Republicans express our solidarity with the Catalan People and the ongoing Catalonian Struggle for National Liberation, a struggle that will not end with the vote on October 1st.
Coming in the wake of the Scottish Independence vote, the referendum in Catalonia has got many people in Ireland wondering if national liberation could be achieved here through a border poll. This is an important issue for the republican movement and must be dealt with decisively, to ensure Irish Socialist Republicans base our struggle for national liberation on correct theory and practice.
The use of a border poll to achieve Irish Independence is advocated by Sinn Féin and the IRSP, while the 1916 societies advocate an All Ireland referendum on independence. Many supporters of these groups point either to the terms of the 1998 Good Friday Agreement or to the examples of Scotland and Catalonia in an effort to explain how national liberation might be achieved in Ireland.

Others argue that an Independence poll could be used to build a revived national movement in wake of the heavy defeat suffered in 1998.
In reality this is all nonsense.

Neither a border poll or a Scottish/ Catalonian style vote can deliver national liberation for Ireland as both strategies are framed firmly within the perimeters set by imperialism.
The Border Poll
Advocates of a border poll attempt to either ignore or hide that the 1998 Good Friday Agreement was a treaty of surrender.

The GFA was a new treaty between Ireland and Britain that copper fastened British Rule in Ireland and allowed British Imperialism to co-opt a section of former revolutionaries to administer the colony on behalf of Imperialism. The Good Friday Agreement upheld the Unionist Veto, meaning that British Rule in the occupied six counties would only come to an end under the terms of that treaty, when the majority of people in that gerrymandered statelet voted to end partition.

The Good Friday Agreement, however, does not outline any mechanism to trigger a border poll. The decision to grant a border poll is solely the discretion of the British Secretary of State for the occupied six counties.

History has shown that Britain has never willingly given up a colonial possession and British Imperialism has repeatedly stated that there will be no border poll for the foreseeable future. The Irish People do not need to wait for the whim of British Imperialism to achieve our Independence.
It is clear, therefore, that those who advocate for a border poll have reduced their demand for Irish Independence to a mere aspiration. Despite arguing otherwise, by confining their demand for Independence within the context of Britain’s Good Friday Agreement, they have accepted the legitimacy of partition, the Unionist Veto and British Rule in Ireland. This can never be an acceptable position for Irish Socialist Republicans.
A Scottish/ Catalonian Style Independence Referendum
Advocates of such a vote seemingly fail to realise that there are marked differences, both historical and material, between the conditions in Catalonia and Scotland and the situation in Ireland.
Irish Socialist Republicans argue that it is folly to attempt to take the methods of struggle in one country and attempt to mechanically apply them to the conditions in another. Irish national liberation will only be achieved by studying the concrete conditions in Ireland and applying a revolutionary strategy to fit those conditions.

Therefore it follows that a successful revolution in Ireland will not be a carbon copy of any other historical or contemporary struggle for independence.
While Ireland, Catalonia and Scotland have suffered at the hands of Imperialism, the experience has been different in each case.
In terms of a discussion on an Independence referendum, it could be argued that both Scotland and Catalonia have what citizens there view as a national government. In both countries the national governments, despite being far from revolutionary, are driving forces in the Independence campaign, and are giving clear leadership in the constitutional struggle for Independence.

Importantly the Scottish and Catalonian governments set the question for the independence referendum themselves.
This cannot be done in Ireland. Ireland has no national government. The country was illegally partitioned in 1922 by British imperialism and two colonial states were established and have been propped up by imperialism to this day.

There is currently no clear national leadership of the struggle for National Liberation in Ireland and no unified body recognised by the people of Ireland that could set the terms of the referendum. While an Independence referendum in Scotland and Catalonia can take place on a united national territory, any referendum in Ireland would be held in two separate states, and would be set by at least 3 separate administrations , none of who speak for the Irish people or the struggle for national liberation.
Therefore it is clear, that an Independence referendum on the model of Scotland or Catalonia cannot be mechanically applied to conditions in Ireland. Such a strategy cannot be effectively used to rebuild the struggle for national liberation.
The Socialist Republican Alternative
There can be no compromise with imperialism. There can be no shortcut to national liberation. Short term strategies to gain momentary relevance today will inevitably fall in the long term.
Our struggle is about liberation of the Irish Working Class and the re- establishment of the Irish Socialist Republic.
Our People’s Republic was established in 1916 and ratified by democratic vote by the overwhelming majority of the Irish People in 1918. This is the only Irish Independence poll that matters.
The people of Ireland have a right to national sovereignty and unity. These rights are inalienable and non judicable. What we need today is a movement capable of defending them.
The Irish working class must be in the driving seat of the struggle for national liberation. The Republic must be re-established in the hearts and minds of the our people by building it on a street by street, estate by estate basis across the 32 counties.
New, functioning, democratic institutions of the Republic must be established to deal effectively with the every day issues facing the working class, institutions capable of winning the allegiance of the people away from the capitalist and imperialist state to the People’s Republic. The Republic must become the vehicle of change for the Irish working class.
At the same time a militant people’s movement must be built community by community across the country. A movement that can successfully challenge imperialism and restore the people of Ireland to the ownership of Ireland.
Such a movement, under the leadership of the Irish working class must be capable of challenging British, EU and American imperialism and mobilising popular support onto the streets behind such a campaign.
This is the task of all republicans. All else is a distraction. Build the Republic- for national Liberation and Socialism!